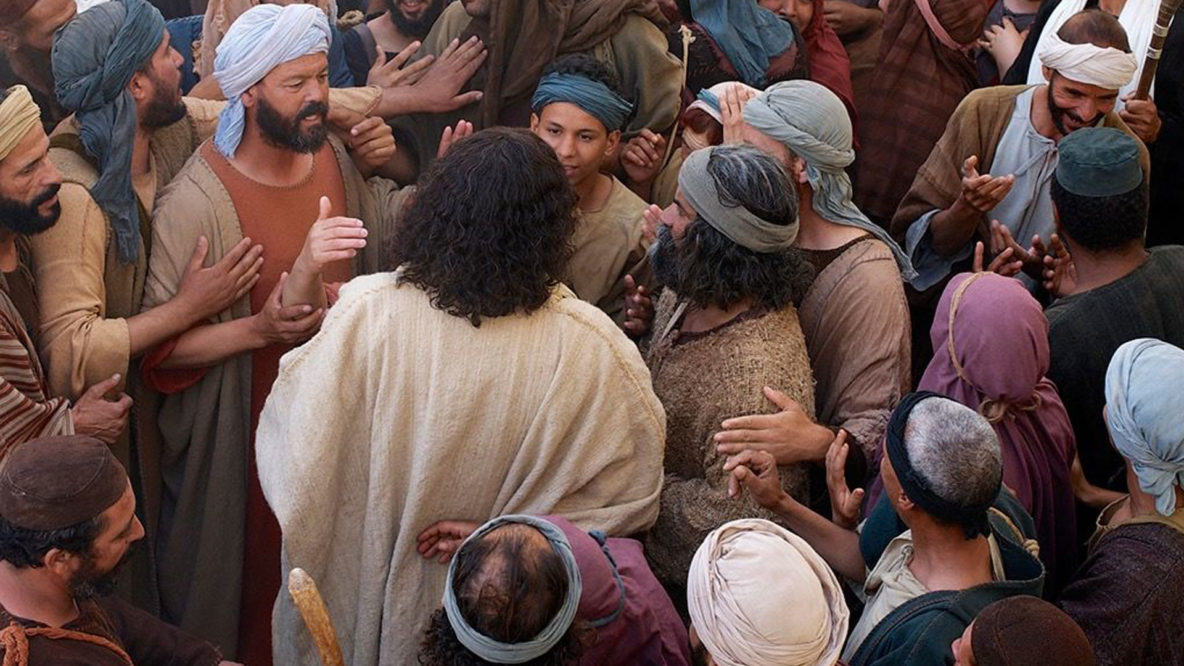 The tax-collectors and sinners were all crowding round to listen to Jesus. This is what St Luke reports in 15:1. Sometimes only one short sentence is enough to tell a story of its own. As I repeat these words slowly to myself, my imagination fixes on the question of what this group – this crowd – might have meant for Jesus. He’s not talking to scribes and Pharisees for a change. Good – because he has such a hard time whenever he is dealing with the synagogue officials. They don’t want to hear what he has to say, they feign interest but only to lead him into some trap they are preparing. Of course, they never get the better of Jesus. He seems to handle these encounters effortlessly and he is never wrong-footed by them. But I feel certain that these encounters were very painful for Jesus: discouraging, and exhausting.

So, by contrast, here is Jesus in the centre of a very different crowd – one that is sincerely interested. These ‘tax collectors and sinners,’ as the culture of Jesus’ day labelled them, were people one would not usually associate with religion, or with much else that was respectable, for they were the type of people that find themselves on the outside of respectability, looking in. They were the type that most cultures reject. And Jesus loved to be with these people. On this occasion, as on every occasion when he sees his that his words are welcomed, he must have been deeply moved by their interest and love.

These are the ones who allow Jesus to reach their hearts – and he wants this ardently himself. He came into the world to reach all people, but reaching such cast-offs is a matter of urgency for him. These are the ones who have probably never been given a break in their lives. Tax-collectors were generally considered a dishonest bunch at that time, most of them reputed to abuse their position in order to grab a cut of whatever money they collected from people who were already poor to begin with. And so-called “sinners” were people who were thought to be involved in all sorts of iniquitous practices, whose entire life-style was considered morally dubious at best. I daresay that then as now, there were people relegated to this group who were essentially honest but had fallen on very hard times, people for whom earning a living had proved impossible, and for reasons beyond their control. But many will have been truly as dishonest and even criminal as they were thought to be, and all were deeply wounded people for one reason or another. This is a crowd of seeming failures – if you judge success by the sleek appearance of it. And this is something Jesus never did.

This is the bunch who “crowded around Jesus” – and not because they wanted a hand-out from him. He had walked into their lives and they were bowled over by him. They had never met anyone like him. Our text indicates that we are not dealing with just one or two from this sector of society. It says they were “all” crowding around Jesus. Jesus is talking tot a lot of people here. How did Jesus manage to reach them? Wouldn’t it have been wonderful to have been there as an invisible observer to see how he looked at them, for example, to hear what he said, to note the words he chose, and to see these tough characters melt, and the deeply hurt ones lift up their heads. By his radiant and gentle personality, by his words that showed he understood everything that had ever hurt them, Jesus cracks open the hard shell of their hearts and eases them away from their distrust and fear of him. And there they were – crowding around Jesus, bumping each other, trying to get closer to him. They wanted to hear what he was saying, to “listen to him.” These aren’t usually the types who go in for sermons, but Jesus was different. Very different. His word was hope and forgiveness. Everything about him was a message of peace.

This is where I stopped reading and placed myself in that crowd. Is there anyone who has a completely clear conscience? If so, perhaps this isn’t the bible passage for you. But if you have anything you regret on your conscience, if you bear remorse like a constant and heavy load on your back, if shame is your daily companion join this crowd. That’s right, squeeze in there, between the bag lady and the guy with long, stringy hair hanging down his back. Look at Jesus. He is looking at you, he sees you join this group, he catches your eye for a moment and smiles a beautiful warm one right into your face. He’s talking. You are able to move in closer. Miraculously, the others make room for you and glance at you with understanding – they are catching something of Jesus’ own tenderness. What do you hear Jesus saying?