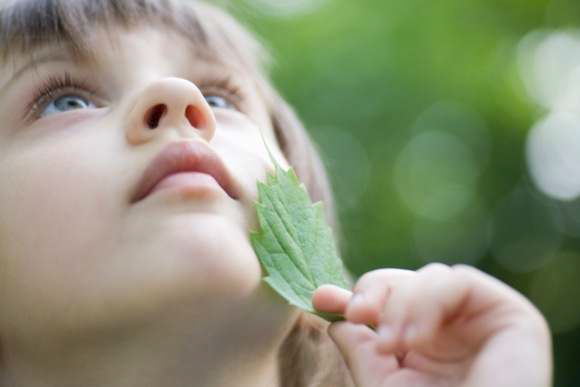 The story of the sensational healing of the woman who had been suffering a debilitating haemorrhage for twelve years is one I know well and love. Readers unfamiliar with it can turn to Mark 5:25-34. On rereading the story again recently, I wondered how I would discover anything

new there, it is so familiar to me. But the Holy Spirit is always able to give new insights.

And so, the first thing I noticed about the story this time was how determined this very ill woman was. Many people, after twelve years of physical suffering, would feel defeated, physically and emotionally; they would just give up – but not her. She had heard that Jesus would be coming to the village. She decided to see him. Obstacles meant nothing to her. She would pursue her goal – and her goal was Jesus. She would not only make contact with him. She would be healed.

The first obstacle to be overcome then was that the woman knew that she was regarded as unclean by the Jewish Law because of her bleeding. She knew that this meant that Jesus should not touch her. She had no way of knowing what we know about Jesus: that he probably would not have felt obliged to observe this legalistic restriction on his compassion. Therefore, she believed it was up to her to conceive a plan that would not implicate Jesus in any act of disobedience to the Law. She was determined. Her plan was simple. Mark tells us (5:28) that she thought to herself, ‘If I can just touch his clothes, I shall be saved.’ In her plan, Jesus would not even know that she had touched him or that he had had any dealings at all with an unclean woman. This woman therefore trusted absolutely that the merest touch of his robe would suffice to heal her. She had her plan. It was certain to succeed. First obstacle overcome.

Second obstacle: the crowd was large, and Jesus was being bumped from all sides as he and the disciples attempted to progress down the road. But the crowd would not be an obstacle to her. The ill woman somehow managed to push through this crowd (not an easy thing to do: think London Underground at rush hour), come up to Jesus from behind and, at last, manoeuvre herself into a position close enough touch his cloak. There! She’d done it! Jesus did not even see her. And at once, the source of the bleeding dried up, and the woman felt in herself that she was cured (Mk. 5: 29). Second obstacle overcome!

But then, something happens that the woman’s plan had not anticipated. Jesus becomes aware that power had gone out from him (Mk. 5:30), and begins to ask who had

touched him. This is the line that really made me stop and think: that Jesus feels the power go out from him.

The disciples think Jesus’ question is rather strange, and they chide him, asking how he can expect them to know who touched him in such a crush of people. Jesus ignores the disciples’ question, and continues to look around. Lots of people were bumping into Jesus, but merely bumping into Jesus is not enough to account for his sense that power had gone out from him. This is a highly mysterious event, and only seems to have occurred once in his ministry: on this occasion Jesus performs a healing passively, as it were, without being asked, and without even seeing the person he had healed.

This made me think that people of every age are apt to try to down-play the miraculous, to explain it away and try to attribute it to natural causes. It’s possible that in this case, some people might have been tempted to say that this woman was one of those tiresome people who are always crying over some ailment or other, always playing to the gallery, always wanting attention. After twelve years of this, they might have said that they didn’t think she was really ill at all, and that now this claim to have been healed miraculously was merely another bid for attention. But the detractors never had a chance even to begin such a mean-spirited tale. Jesus’ awareness of having been the instrument of healing for someone he did not even see pre-empts any such detracting claims. The woman did not invent this. Jesus healed her. It was miraculous. It was real.

As I reflected on the thoughts I recounted in Part I, I realised that the determined woman in this story (see Mark 5:25-34) has many things to tell me about my relationship with Jesus. Let’s listen to her speak. First, I can hear her say that those who merely ‘bump into’ the Lord are not the ones who are healed. You have to seek healing from Jesus, be aware of the superabundant power that goes forth from him, and know that even the merest touch of his garment is more than sufficient to obtain what you desire. But, she would say that you also need to be determined to do what is necessary to reach him and not give up. Only this person receives Jesus’ healing.

Then, I ask, how do I apply her teaching to my life here and now? When do I merely ‘bump into’ the Lord? Well, perhaps I bump into him when I attend the liturgy without full awareness of the One who is always present when two or three are gathered in his name; when I merely go through the motions of prayer, without engaging on a deep level; when I’m there in body but my mind is preoccupied with matters of much less importance; or when I vaguely expect something to happen without actively and freely reaching out to Jesus.

Next, this determined woman quizzes me: ‘How trusting is your faith, Johanna?’ And I must admit to her that I can sometimes feel that in his risen life, at the right hand of the Father, Jesus seems too far away. It can feel as though a crush of people, indeed, the crush of history, separates me from Jesus, and that I will never really get through such a crowd to reach him. And to that objection she declares, ‘Get over it, Johanna!’ She herself was

determined to allow nothing to come between her and Jesus. She knew and trusted that power overflowed Jesus’ being superabundantly, and that the merest touch of his hem would be enough to obtain healing.

Then, for me, here and now, how do I find that powerful ‘garment hem’? Perhaps just entering into a church building and kneeling down with faith is sufficient. Or, perhaps kneeling down to him anywhere on earth is enough. It may feel that his back is turned, that he doesn’t know who I am – but this woman in the story says, with some asperity: ‘That is a feeling which doesn’t reflect the reality, Johanna. There are no limits to Jesus’ power, no obstacles to its deployment. How trusting are you?’ she probes.

Finally, she assures me that no one who reaches out to Jesus will ever be nameless to him. He wants to know who you are. Come forward and tell him. Humanly speaking, it was difficult for Jesus to find out who had touched him that day, but he was just as determined as the woman was, and would not rest until he found out who – what prodigy of trust and determination – had discovered the secret way to his heart. His loving tenderness toward her once she comes forward is healing in itself. “My daughter,” he calls her. Then he praises her lavishly, attributing everything to her faith – even though he knew that his own healing power had been mysteriously called forth and used. He blesses her with the gift of peace at the end of their exchange – no doubt, she had suffered emotionally as well as physically for over a decade. The gift of peace was as great a gift as was the gift of physical healing.

And now, the woman turns to me, and, with those determined eyes looking right through me, says, ‘Well, daughter? Can you follow in my footsteps? The secret path to Jesus’ heart is not secret any more.’ 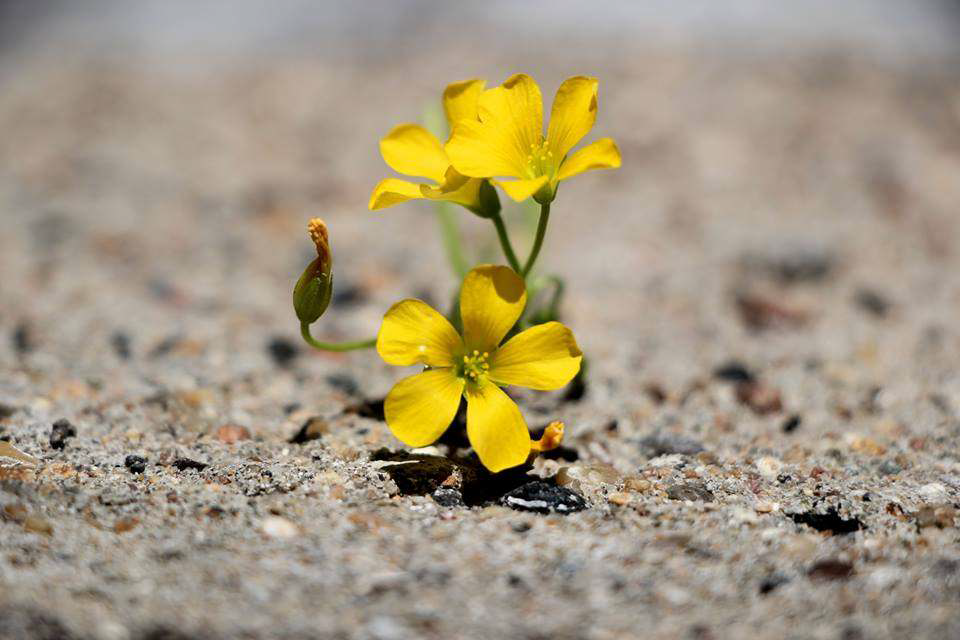