Home » Even the Demons Submit

Even the Demons Submit

A lectio reflection for two days. 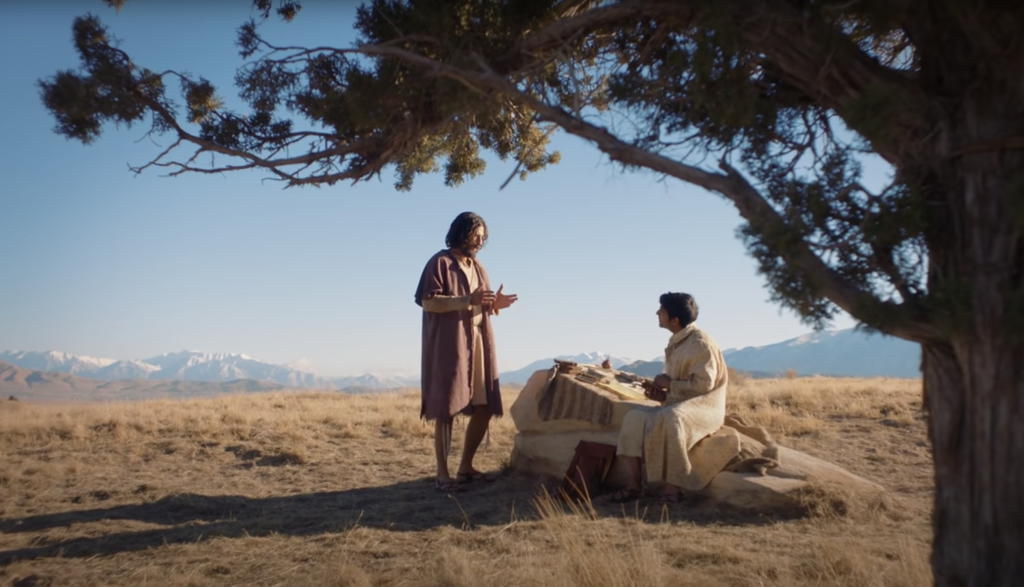 Lord, even the devils submit to us when we use your name (Lk* 10:17). The disciples were elated. Seventy-two men had been appointed missionaries by the Lord and had been given their first assignment: to visit towns in the area where the Lord himself would soon be visiting (Lk. 10:1f). They were meant to prepare the people for Jesus himself. Jesus gave them explicit instructions. He tells them how to dress for this, their first official engagement: in ordinary clothes – nothing to distinguish them from anyone else. He tells them what to pack: nothing. Indeed, they were to bring no food, no money, not even a change of clothing. No place had been arranged for them to stay when they arrived in a town: they would have to work that out when they got there. They were not to equip themselves ahead of time with anything that would allow them to feel self-reliant.

We know this story so well that we can forget how this must have sounded to the seventy-two when they listened to Jesus telling them what to do. Perhaps it seemed exciting to rough it for Jesus – but I should think, too, that when they actually set out, without food supplies and with their pockets empty, they must have felt vulnerable in the extreme. It was their very first journey for Jesus, after all. They had no experience of past successes to give them confidence. They were only told by Jesus to heal the sick and say, “The kingdom of God is very near to you.” Some must have secretly worried that they’d become tongue-tied when they started to preach, or would fail miserably in their first attempt at healing. Maybe they’d even be laughed out of town.

But instead, the gospel tells us that their missionary journey was a smashing success. The actual stories of their successes are just a few of the many untold tales that lie hidden behind what is recounted in the gospels. The evangelist skips them all in this instance, and zeroes in on something else – something of greater depth and importance. Luke tells us what happens after their triumph, when they return to Jesus like conquering heroes. For, when they see him, the first thing out of their mouths seems to have been that “even the devils” submitted to them.

Now, this is truly success on a spectacular scale. Perhaps the hopes of the missionaries had been much more modest: maybe they felt that they’d be doing well if they could make the child with the tummy-ache feel better, and manage to interest a small audience in stories of Jesus’ healings and sayings. But to tangle with devils and come up trumps – would they even have imagined this ahead of time? They must have said to each other as they journeyed home, “Won’t the Lord be overjoyed when he hears! I can’t wait to see his face when we tell him!”

And Jesus is overjoyed, just as they had hoped. He affirms them. It seems that he already knew what had happened – this kind of sensational news must have spread from village to village like wildfire. He declares: ‘I watched Satan fall like lightning from heaven.’ Hearing these words of Jesus must have felt good, very good to the disciples. And Jesus is generous, not only with his praise, but with his promises. He has more to say here about what they will be able to do. “Look, I have given you power to tread down serpents and scorpions and the whole strength of the enemy; nothing shall ever hurt you.” I like to think of the disciples’ silence as they bask for a few minutes in Jesus’ assurances – their sense of wonder and gratitude must have been profound. They would be taken care of by the Lord whenever they were doing his work. They have just had their first experience of this. They would be powerful in his name. This was an important moment for the seventy-two. Let us leave them for twenty-four hours in this state of glowing wonder, and come back tomorrow to continue our reflections.

Yesterday, we left the seventy-two missionary disciples when they were feeling wonderful in the knowledge that they would be powerful in Jesus’ name. Jesus himself had just assured them of it (Lk. 10:19). Which brings me to the next point in this reflection. It is a joy beyond all joys to work for the Lord and to be an instrument of his power and love. Jesus appreciates that the disciples are experiencing something they’ve never experienced before – and they can barely contain themselves. Perhaps they have even been slightly unbalanced by this experience. Who wouldn’t be? Maybe it’s gone to their head a bit. Understandable. For, the journey, their success in preaching the Kingdom, in healing the sick, and, to cap all, their victory over the demons, in short, the entire experience must have given this group of seventy-two men an enormous sense of power.

Power can be a danger for those who wield it. No one was ever more astute than Jesus about the dangers of power. He wants the disciples to begin to understand this danger. He now has some sobering words for his missionaries.

The gospels are completely honest in recounting the instances when the disciples reveal that they are preoccupied by issues of power – their own power as a group against the Roman occupation, the apparent power of particular individuals within their group, Jesus’ power in relation to the religious establishment were just a few of the power-issues that distracted them. Jesus has repeatedly tried to lead them away from this preoccupation with power (cf. Lk 9:46-50). But now, here they go again. They have suddenly experienced a new kind of power – spiritual power. This is the most dangerous power of all. And they like it. They like it a lot.

Their words to Jesus when they arrive seem to indicate that they have seen that their spiritual power over the demons depends on their use of Jesus’ name. So that’s something. At least they have a vague notion that they are not the authors of the power they have exercised. Good, but not great, seems to be the judgement of Jesus about this. His words of warning come quickly: “Do not rejoice that the spirits submit to you.”

Now’s the time for the newly minted missionaries to feel like the novices they are, to shuffle their feet and look down at the ground. Jesus’ words make them see that they’ve been gloating rather a lot, and feeling a bit smug and self-congratulatory – precisely because the spirits submitted to them. Jesus wants it to be very clear to them that only by his election are they themselves safe from the demonic. They must keep their attention focused not on who or what has submitted to them, but on where they themselves need to be – and who they need to submit to in order to get there. In case they weren’t sure, Jesus tells them: “Rejoice instead that your names are written in heaven.”

Their names are written in heaven – that is their reason to rejoice. They must keep their focus on heaven – because their names might not have been written there. They, of themselves, are nothing special. They are safe, they are heading for heaven, because Jesus is leading and protecting them; they are strong over Satan because of Jesus’ strength working through them. They bear a power in their hands, but it is not intrinsic to them, and without Jesus, they have no power at all. Jesus is the one to be thinking about. His love is their reason to rejoice.

They began their missionary journey taking nothing with them, at Jesus’ instructions. In this way, through the extreme vulnerability that their physical poverty would have awakened, Jesus meant to wake them up to the fact that everything good that happened to them between the beginning and the end of their journey was due to his gift to them. Luke’s gospel leaves us there, ending the account of the missionaries’ return rather abruptly, and not elaborating further on the episode.

We, the readers, suddenly find ourselves alone, and left to consider how this story challenges us. Where is our focus? Are we preoccupied by power-issues? Do we keep our eyes on Jesus? Does Jesus have something to say to us?

*The bible translation used throughout this reflection is The New Jerusalem Bible.